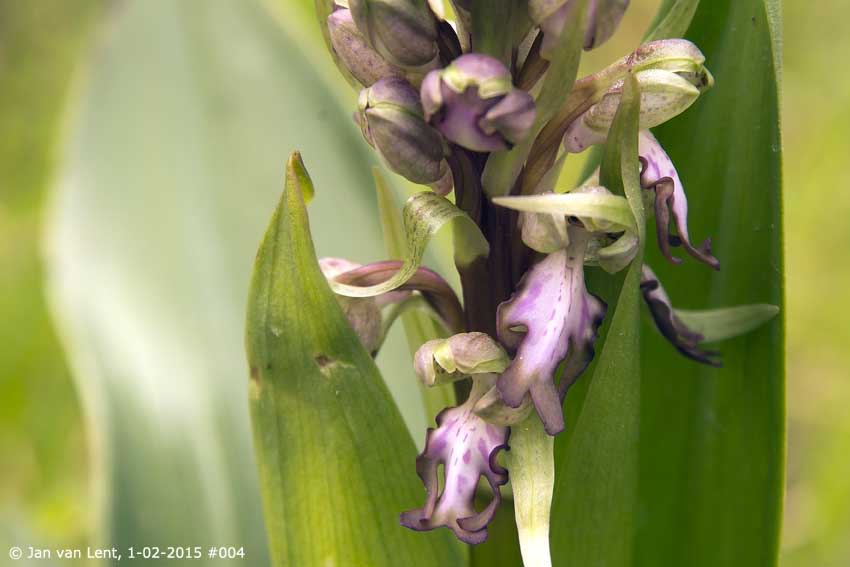 HABITAT: The first orchid to flower this season (2015) in Eftalou was Himantoglossum robertianum, on the first of February in a heavy storm with red skies (even the Greek sky was coloured red as a tribute to the victory of the left-wing party SYRIZA…). This orchid maybe has a very stabile internal clock: last year it opened also on the 1st of February. I discovered this orchid 4 years ago on a – then – abandoned olive grove in Eftalou, and then rescued it the following year when municipality workers started destroying (or as they probably called it ‘rescuing’) this field whilst dredging a stream coming from the mountain. I managed to get this – then – tiny species out of the ground before they dug it up as they did with its ‘mother’ the year before. I planted it in a pot for one year to see if it would survive the stress and replanted it last year after the flowers were gone.

So yes, it survived and came to world during a two-day southern windstorm from Africa, the so-called khamsin* with red sand and wind blast measuring 10 or higher on the Beaufort scale, meaning a wind speed of 24.5 m/s (88,2 km/h, 55 mph) or more and temperatures around 20 degrees C. So a lot of branches of the olive trees were blown down and some ‘salt’ trees (Tamarix parviflora) on the beaches but the houses pulled through. As did Robert’s giant Orchid. It’s incredible: one day you face the storm & rain and there is not a flower to be seen, one day later – still during this storm – it is not only Robert’s Giant Orchid but also Anemones, Veronicas, Narcissus and Grape Hyacinths who wanted to see and feel the khamsin storm. I don’t think the almond-trees thought this storm was a good idea, they were the big losers’: they not only lost a lot of their just opening flowers – so less almonds this year – but also a lot of their branches.

It was not the first orchid to see the – red  - light on Lesvos this year; that was reserved on account of Ophrys eh… yes, for the first flowering Ophrys from the fusca family on Lesvos, Ophrys sancti-isidorii on the 23rd of January in the pine forest next to a parking space before Lambou Mili. (see BLOG’s no’s 30 to 34 ‘Sooner or Later’.) 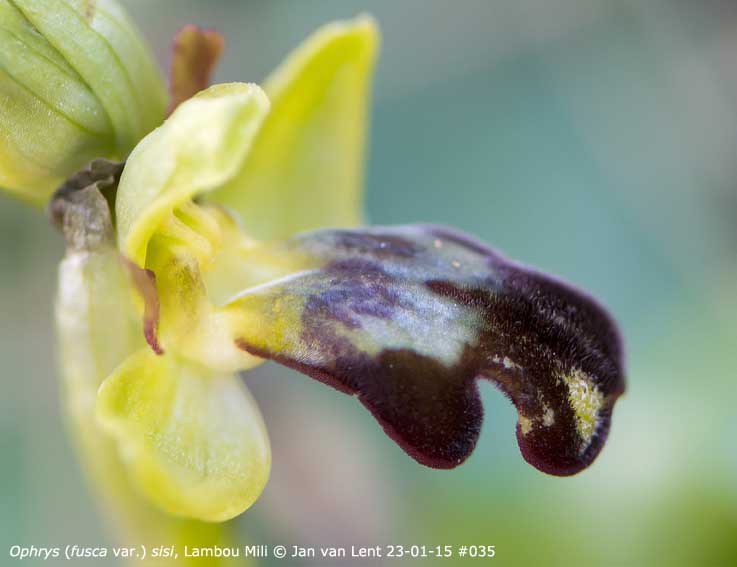 And it is unbelievable that already three of them were already out here after the freezing cold (-3 to -7) from the week before. And this habitat is not lying next to the relative warm sea, it is at a height of 185 metres in the hills. So optimistically I drove to Mytilini and Alifantá that day, only to see that there were just orchid rosettes and not even with a hint of a stem. This was also the case at Anemomilos, hidden on the east coast of the Gulf of Gera, a few meters up from the relative warm waters of the Gulf. Hundreds of rosettes here also but yes, a few had already a stem and a flower bud.

So let’s try again to say something valid or just something sensible about this first-flowering Ophrys on Lesvos which I call – I don’t have an other option – Ophrys sancti-isidorii. But here in the pine forest they have a red border on their lip instead of a yellow one as described by SALIARIS & ALIBERTIS, so are they maybe influenced by Ophrys sitiaca? But I never identified a ‘real’ Ophrys sitiaca on this habitat. It is a complete isolated fusca group here in the pine forest before Lambou Mili, probably influenced by each other and by different pollinators. I don’t know how long they are already growing here, but I have already been ‘doing’ them for 5 years, since 2011, so maybe they were always here, but eaten, walked or pissed down like last year in March. They are the same three first flowering Ophrys from this habitat from the last years (see all blogs ‘Sooner or Later’) which I then also called Ophrys sancti-isidorii. But I’m not so sure anymore, this is how it always goes with the fusca group: I’m losing my confidence, my faith that I can distinguish the early members of this fusca family from each other.

NO RESEARCH: This whole Ophrys fusca group is still a pain in the ass for me. Now I’m sitting again behind my computer to stare at the photographs I took on the 23rd of January and I had already problems to identify the hundreds of fusca members which I photographed in recent years. And there is not much help to find in the books or on the Internet because most West-European orchid researchers still think that the orchid season on the North-Aegean Islands starts in April when the first charters fly directly to the islands: only the most heroic orchidologists visit at the end of March. So actually this whole first flowering Ophrys fusca group in January and February is never discovered, with the exception of course of the Greek orchid researchers; they know how difficult it is to distinguish these early ‘brown eyebrows’ from each other. So if I’m not able to unravel the fusca group to the most ‘known’ taxa, maybe I can unravel their hybrids…

BOTTOM-LINE: I can write this blog full of explanations and semi-scientific baloney about bad-eyesight (from the pollinators of course), the survival of the fittest (from the Ophrys of course), the hybridization process between Ophrys sancti-isidorii, sitiaca, leucadica, lindia and pelinaea on Lesvos; the influence of the weather in December and January and the influence of the absurd, not controlled grazing of sheep and goats on this island. But in the field I only want to know three things: how can I distinguish them from each other, can I put a name on them and do they look the same as the last years/will they return the same in the following season. And yes, I also do measuring and things like talking and cuddling, I compare and compare, I read the descriptions time and time over, but it all doesn’t help. I still can’t say with certainty which is which. I even don’t know anymore if I should write species, subspecies or just variety. I lost my faith in this early Ophrys fusca family, maybe even my religion. 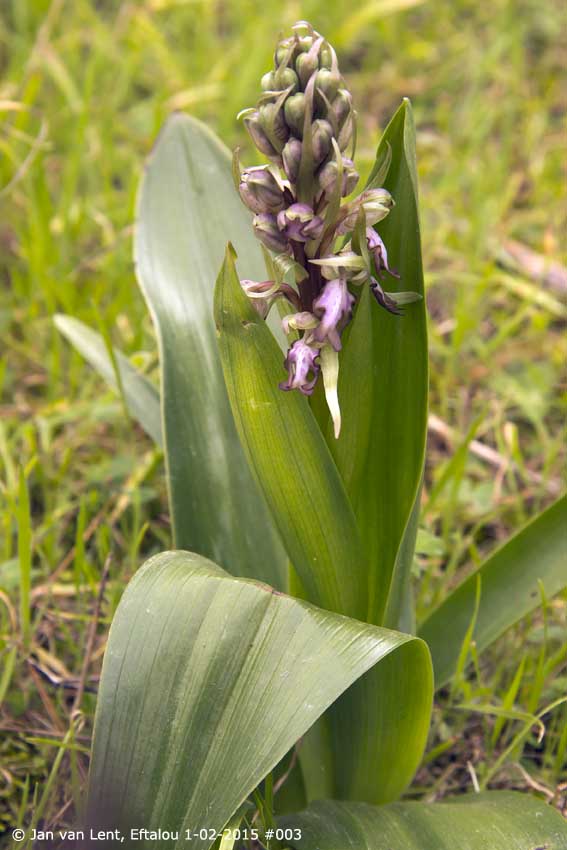 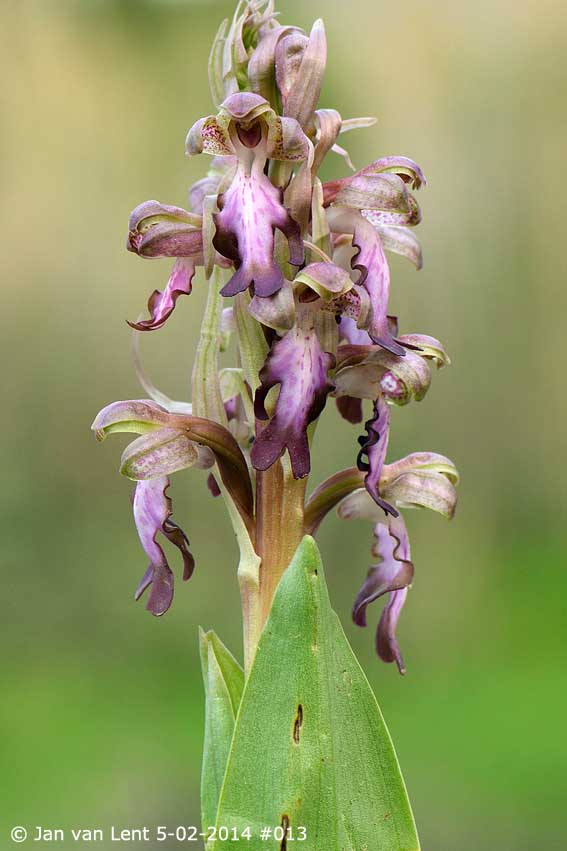 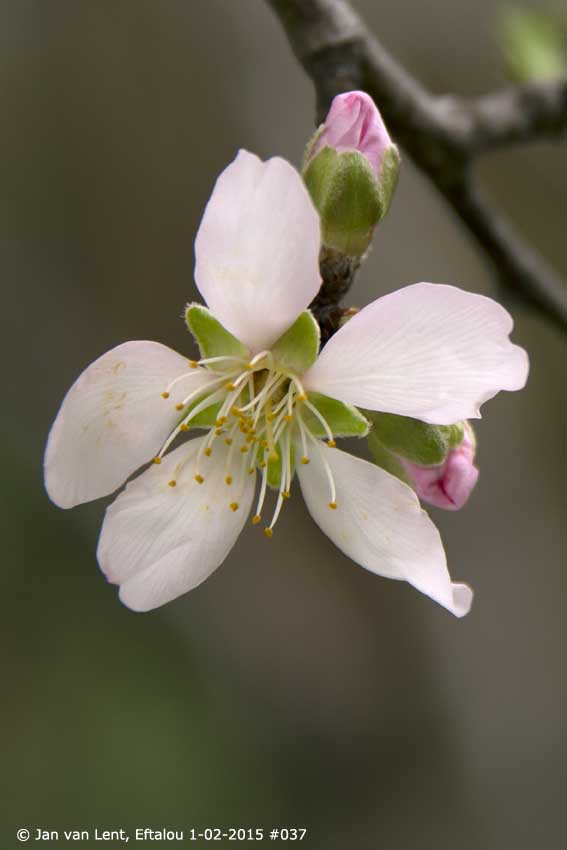 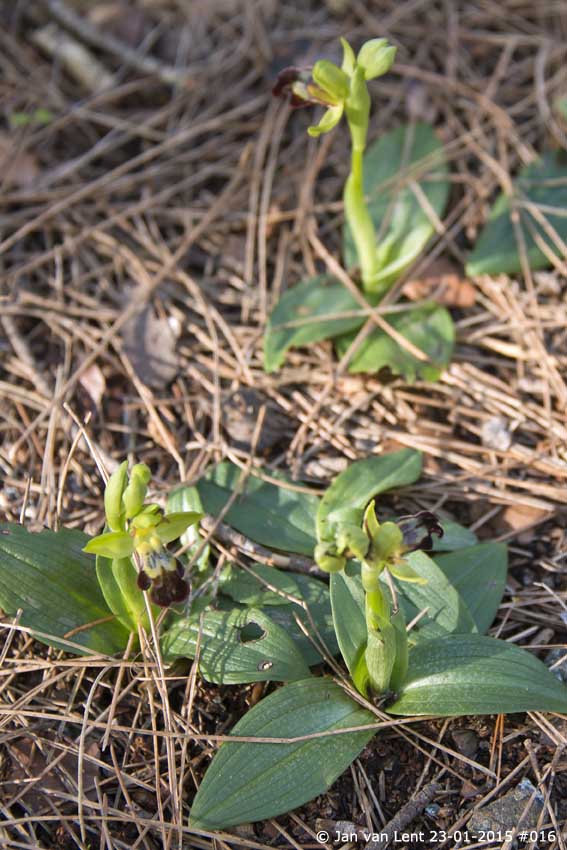 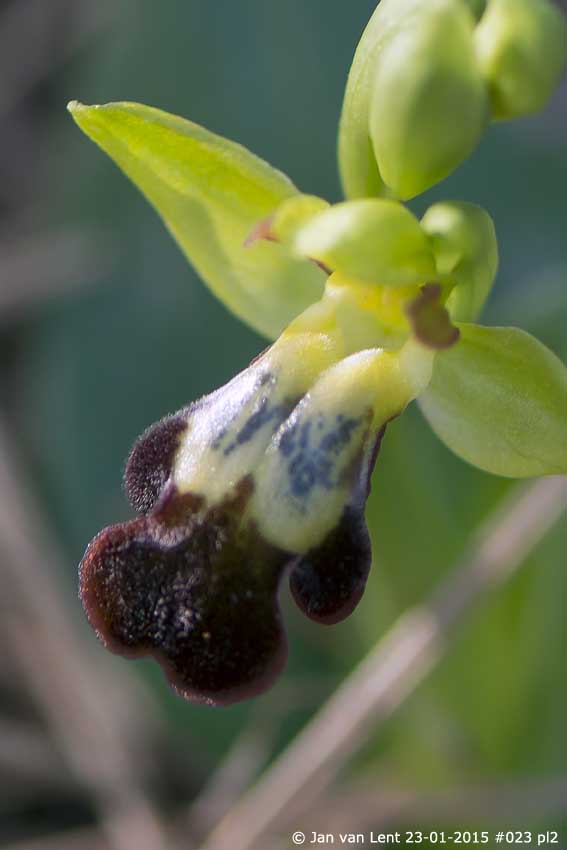 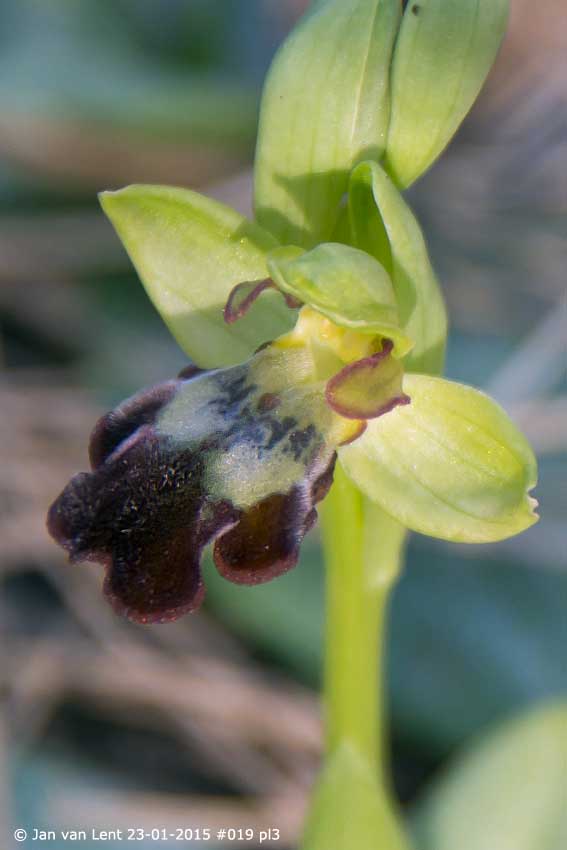